ONE: FOR HONOR was a banner event for Indonesian mixed martial arts, and the nation’s success all began with Angelo “The Unicorn King” Bimoadji.

A busy month in ONE Championship began in Jakarta, Indonesia, and the first match saw the 21-year-old grab his first win in The Home Of Martial Arts.

Competing in his hometown, Bimoadji broke down some stubborn resistance from “Black Ant” Guntur to secure a submission via armbar, and the first of four wins for his country on the same night.

“The Unicorn King” had dominated much of the contest, but his opponent proved to be a tough nut to crack with strikes – even from mount – but a quick change in approach took him to victory.

“I think at the time, I just went for the ground and pound after I saw an opening,” he says.

“In between, I also saw that Guntur had been defending, but let his guard down a bit – so I went to a submission.”

Bimoadji appeared to be overcome with emotion when the referee jumped in to stop the match with 4:56 on the clock.

Though he was brimming with confidence in the days before the match and a picture of focus as he walked to the ring, the Team Phantom MMA and Indogym representative was taken aback by his first triumph on the global stage.

“I couldn’t believe that I had won by submission just before the bell rang in the first round. I was overwhelmed,” he adds.

“I only believe that it all happened because of the hard work of everyone around me. I knew that I would not be able to do it without the help of my team.”

Fans will also have noticed that Bimoadji’s entrance was a lot more subdued than his debut last year.

This time, his trademark, multicolored horn hung by his side as he walked to the ring, instead of being attached to his head when he charged to the ring last October.

However, with the pressure off his back thanks to his first win in the world’s largest martial arts organization, it would be safe to expect the “The Unicorn King” to show why he earned one of his sport’s most distinctive nicknames ahead of his next encounter. 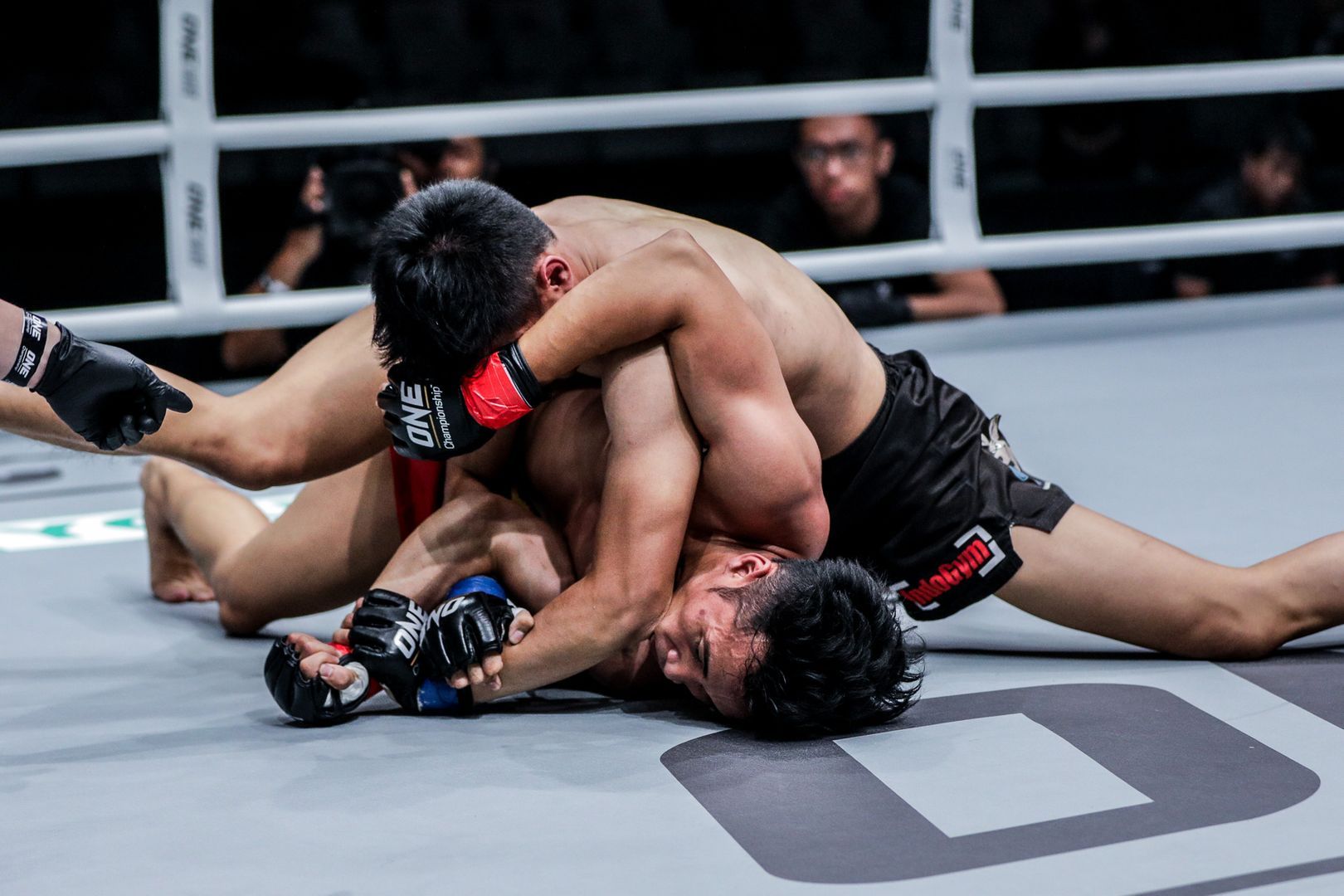 “I loved to watch Adventure Time, which is one of the cartoon series on Cartoon Network,” he explains.

“There was this character named Lady Rainicorn, who was kind, wise, and spirited. My friends had always told me that I was very soft-spoken, but feisty in the ring.

“Therefore, they thought “Unicorn King” was a proper nickname to represent both worlds, as they see me as a rare person to find, like a unicorn.”